Ocean Fleets Limited's Naval Architects and Engineering Departments, Liverpool, England, have won a contract from a Mexican company to supervise the building of three ships in a Japanese shipyard.

The ships are being built for Transportation Maritime Mexicana at Hitachi Shipyard, Innoshima, which is situated on a small island south of Kobe. The vessels' engines will be built in Osaka.

Work has already begun on the first ship and on the manufacturing of the engines.

During the next 15 months, a team of Ocean Fleets staff will be closely involved with the project.

The senior shipbuilding superintendent for the contract is Maurice Peacock.

One unusual feature of the design is a monster crane. Each ship will be fitted with a 250-ton Suelcken-type derrick.

In addition, there will be on each vessel a single 20-ton crane, and two versatile twin cranes, consisting of two sets of single 20.5- ton cranes which can be swung through 90 degrees.

Ocean Fleets is one of the few shipping companies with its own staff of naval architects and engineering designers. The team has designed many classes of ships and was responsible for pioneering the largest containerships in the world, built for the Ocean Group associate Overseas Containers Limited. 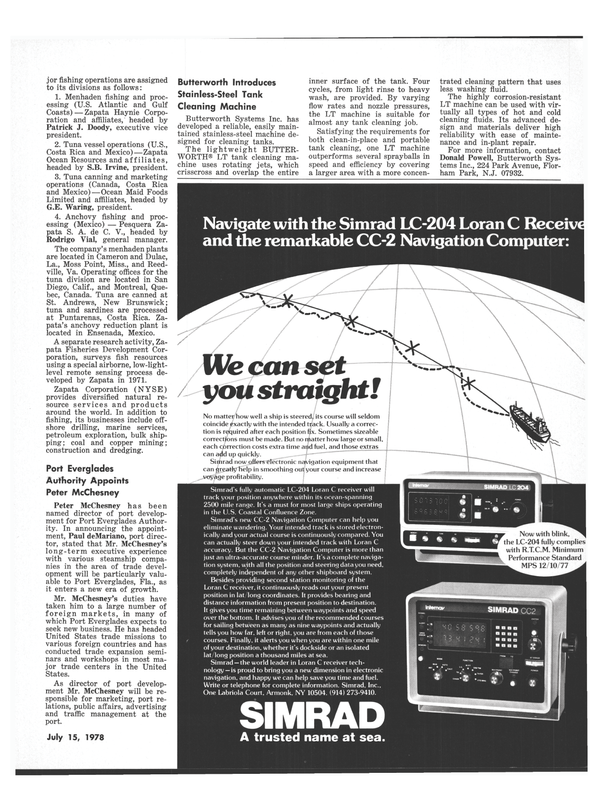