Cecil M. Keeney, president and chief executive officer of Equitable Shipyards, Inc., has been named the 1978 Maritime Man of the Year in New Orleans, La.

The prestigious award is granted annually by The Propeller Club, Port of New Orleans, to honor a local m a r i t i m e industry official who has contributed to increased trade at the port.

Mr. Keeney received his award at the Maritime Day Banquet, which was held at the Fairmont Hotel in New Orleans on May 20, 1978.

Under Mr. Keeney's direction, Equitable has been a major factor in developing the maritime industry in Louisiana.

About 30 percent of the marine equipment and vessels built by Equitable are exported through the Port of New Orleans.

Keeney and his staff has resulted in an increase of tonnage through the port to foreign markets.

Equitable, the leader in production of barges for barge-carrying vessels, has produced thousands of lighters now in service at the port.

Equitable has contracts amounting to about $70 million worth of work, including two ferries for the City of New York, three breakbulk cargo vessels f o r American Atlantic Shipping, Inc., oil b a r g e s e x c e e d i n g 200 feet in length, and a 150-foot ferry for the State of Louisiana.

Mr. Keeney, who has been with Equitable since May 1970, was graduated from the University of Kentucky with a degree in mechanical engineering. He later completed graduate studies in engineering, powerplant and nuclear design at the University of Maryland, and G e o r g e W a s h i n g t o n University. 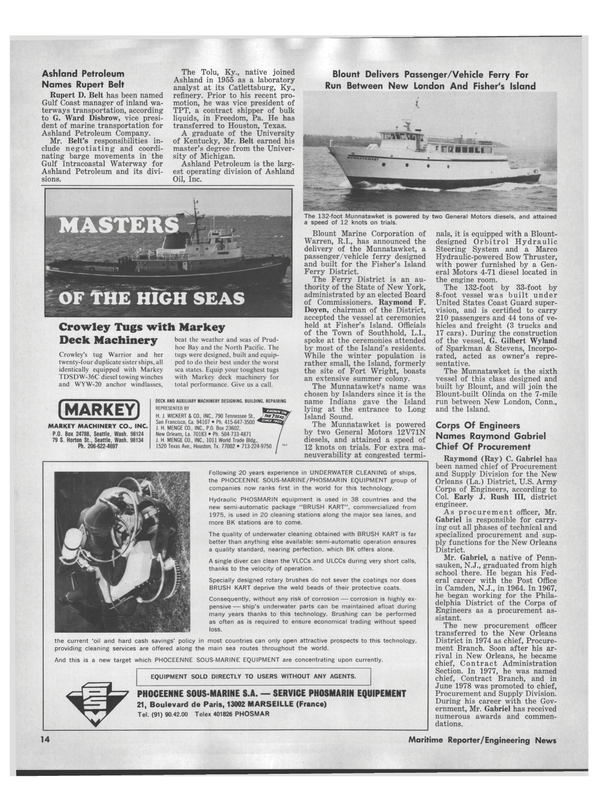