The tanker Exxon Galveston, the newest addition to the Exxon Company, U.S.A. ocean fleet, was christened on June 10 at the Port of Galveston, Texas.

The Exxon Galveston is 552 feet long, 95 feet wide, and has a displacement of 27,240 deadweight tons at a full-load draft of 29 feet 6 inches, and was formerly the tug-barge unit Exxon Sunshine State/Port Everglades, which was constructed in 1970 by Gulfport Shipbuilding. The conversion to a tanker was completed by Newport News Shipbuilding and Drydock Company, Newport News, Va., earlier this year.

The engineering plant was designed for automation and monitoring systems meeting U.S.

Coast Guard requirements. Special mooring and cargo-handling systems enable the ship to tie up to a permanently moored offshore storage vessel and load cargo through a floating cargo hose.

The living accommodations provide housing for 24 crew members, with a central galley serving separate mess areas for the officers and crew. Lounges with television, a stereo tape deck system, and electronic video cassette players are adjacent to the officer and crew mess areas. All living spaces are air-conditioned.

Addition of the Galveston increases the Exxon Company, U.S.A.'s ocean fleet to 18 vessels. 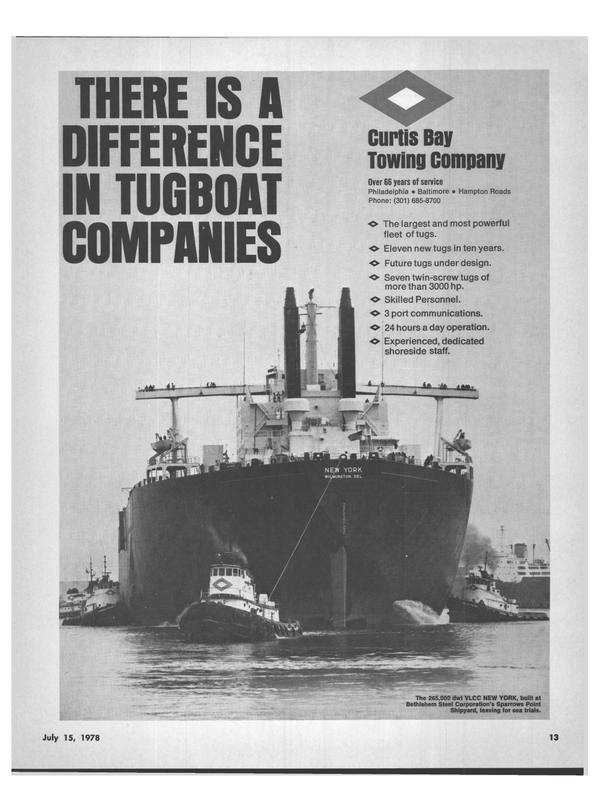