Northwest Marine Iron Works of Portland, Ore., has been awarded a $2.67-million contract by Ishikawajima-Harima Heavy Industries Co., Ltd. of Japan for outfitting and testing of the Port of Portland's new drydock #4.

The contract award made by IHI was announced by Jim Butler, vice president and general manager of Northwest Marine Iron Works' Marine Division.

The contract includes removing temporary enclosures and accessories required during the towing of the drydock from IHI's shipyard in Japan to Portland. It also includes installation of pumps, connection of electrical equipment and operational testing.

Construction of the drydock is on schedule, according to an IHI spokesman. The drydock will be launched on August 8, and will arrive in Portland on October 1.

Northwest Marine Iron Works' contract calls for completion of its work by January 1.

The drydock, which will be the largest on the West Coast and one of the largest floating drydocks in the world, will be 990 feet in length and 185 feet in width.

Northwest Marine Iron Works, one of Portland's primary ship repair and conversion companies, will be one of the main users of the new drydock. 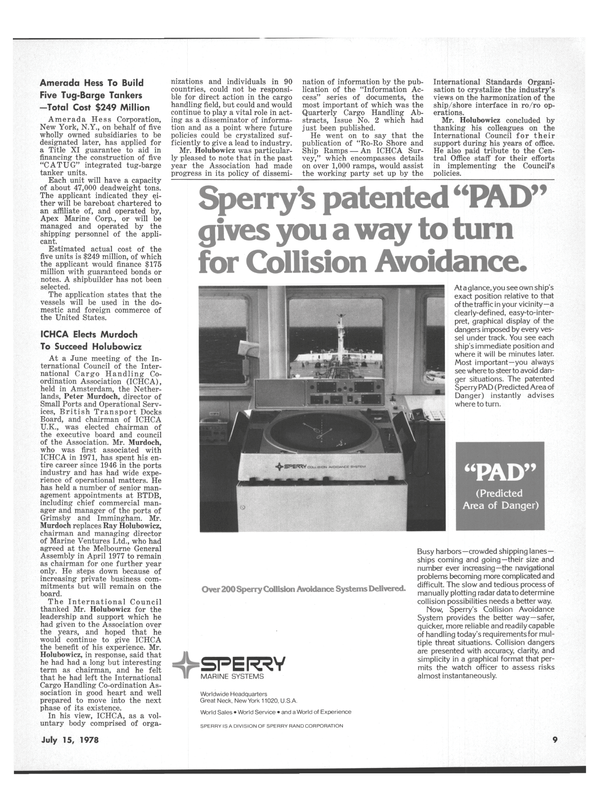