Johnny Conrad, president of Johnny's Propeller Shop, has announced the completion of a 5,000- square-foot addition to the company's Houma, La., facility. The company, founded in 1963 and headquartered in Morgan City, La., is one of the largest propeller repair operations in the Central Gulf Coast and Mississippi Valley Area.

According to Mr. Conrad, the new addition will all be under roof and will house a second five-ton overhead crane, new air compressors for grinding and polishing equipment power, additional gauges for use in straightening and re-pitching propellers, and numerous individual welding stands.

Mr. Conrad stated that the Houma facility will soon be operating at capacity and should greatly enhance service to the offshore, pushboat, shrimping and fishing industries.

In addition to propeller repairing, Johnny's inventories Federal, Michigan, and Coolidge propellers up to 52-inch diameter, as well as Morse marine bearings, and rubber bumpers. 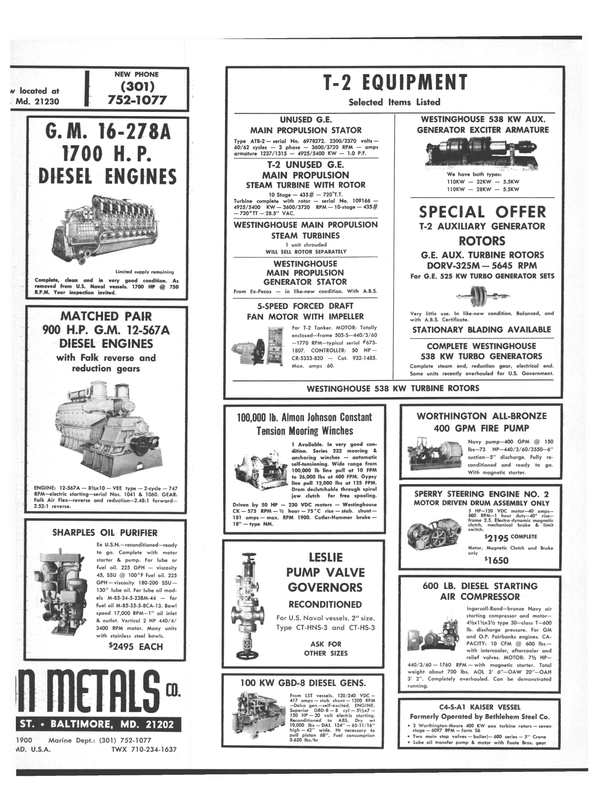