Gill's department will be responsible for the development of offshore loading systems, including a boom-to-tanker loading concept currently underway.

Before coming to Brea, Calif., in 1974, Mr. Gill, who has been with the company for 10 years, was chief engineer at FMC Europe.

FMC Corporation, headquartered in Chicago, 111., is a major international producer of machinery and chemicals for industry and agriculture, with 1977 sales of $2.29 billion. Worldwide, the company has more than 43,000 employees located at 127 manufacturing facilities in 32 states and 13 foreign countries. 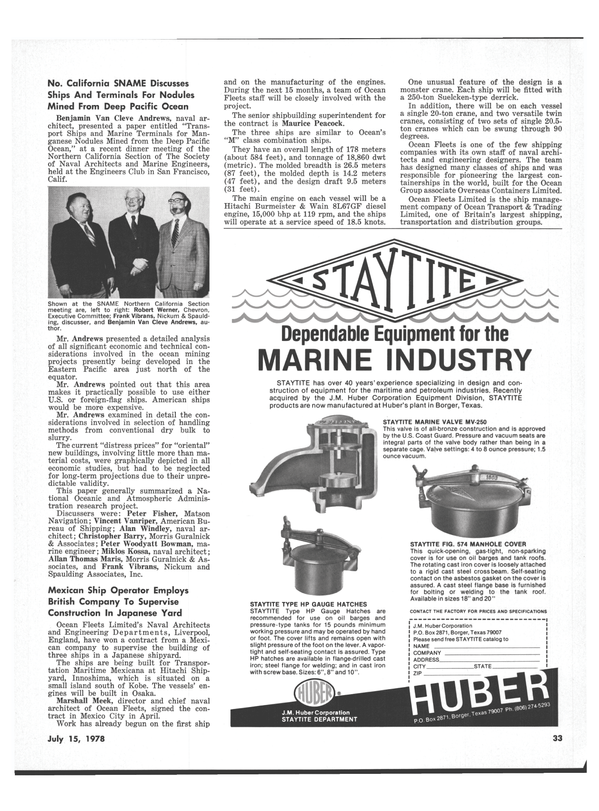